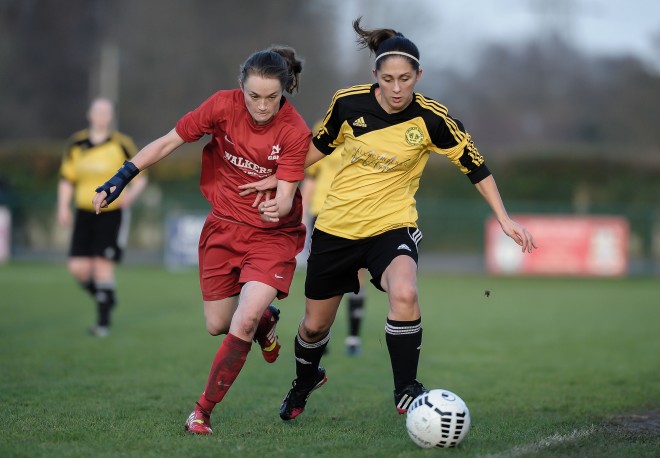 The game swung both ways before ending with honours even (Photos: Dave Burt)

Carshalton Athletic’s rampage through the middle divisions of women’s football in the South East hit a minor hold-up as Crawley Wasps mustered enough sting at least to slow their feisty opponents’ progress. END_OF_DOCUMENT_TOKEN_TO_BE_REPLACED

I would normally have spent this afternoon preparing and writing a preview for Sunday’s women’s and girl’s football in the region. Instead, I attended the funeral of a man I met for the first time little more than two months ago but whose work helped influence the writing you see on Sent Her Forward.

The last time I saw John Samuel was exactly a month ago, when he popped his head around the door of the room where I had been giving him a massage just a few minutes earlier.

“Please forgive me – so rude of me. I forgot to ask how you were,” he said.

John Samuel, 86, but in fine fettle, save for a dodgy back which had deprived him of much opportunity for his beloved golf in recent months, had traipsed back, probably from the car park, through reception and up the stairs to my room to enquire after my health, knowing that my mild arthritis had begun to give me pain when performing massage. END_OF_DOCUMENT_TOKEN_TO_BE_REPLACED

We made it! My experiment to see whether a website about women’s football in the South East would generate any interest appears to have been successful – and despite a few ups and downs, continues to be read by fans, players, managers and administrators alike.

Today Sent Her Forward is one year old, having published almost 300 articles, which have been viewed nearly 60,000 times. END_OF_DOCUMENT_TOKEN_TO_BE_REPLACED

A look at the matches that survived the weekend weather 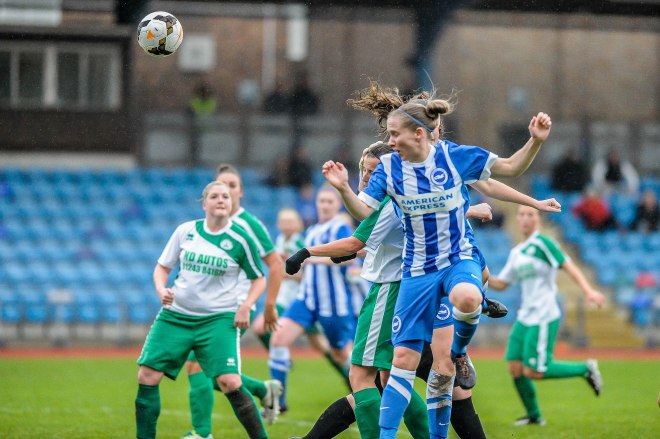 Brighton were head and shoulders above Chichester City as they stepped up their title challenge (Photo: Dave Burt)

Unforgiving Brighton Reserves made it 49 goals in nine games as they stepped up the defence of their Reserves League title with an 11-0 victory over Chichester City’s Development side.

After clinching the championship last season, Brighton face a much harder task in defending it in a much-changed, expanded division which now also includes a number of the second-tier clubs’ second strings.

And their win at the Withdean Stadium today, which lifts them into second place behind West Ham, suggests they have the resources to deal with the more gruelling challenge this time around. END_OF_DOCUMENT_TOKEN_TO_BE_REPLACED

Chichester City Development may not have won yet, but they have improved markedly in recent games

England’s televised international against Germany at Wembley, together with the prospect of another weekend of dreadful weather suggests Sunday’s might be the briefest programme of fixtures of the season so far.

Most leagues agreed to allow clubs to call off their fixtures if they wanted to watch England but of the games scheduled, there is no shortage of fascinating matches in prospect.

END_OF_DOCUMENT_TOKEN_TO_BE_REPLACED

Lewes pulled out of the County Cup to shield their young development players from possible humiliation against Brighton, says Jacquie Agnew

Lewes’s decision to pull out of the Sussex County Cup before their quarter-final clash with rivals Brighton has cost them a fine – and reopened the debate over the future of the competition. END_OF_DOCUMENT_TOKEN_TO_BE_REPLACED

Gillingham scored four goals in each half against Parkwood (Photo: Julian Hart)

After presiding over a run of seven successive league and cup defeats, manager Simon Ratcliffe selected a strong squad for the trip to the South East Counties Premier League side, who were playing in their first county cup quarter-final. END_OF_DOCUMENT_TOKEN_TO_BE_REPLACED