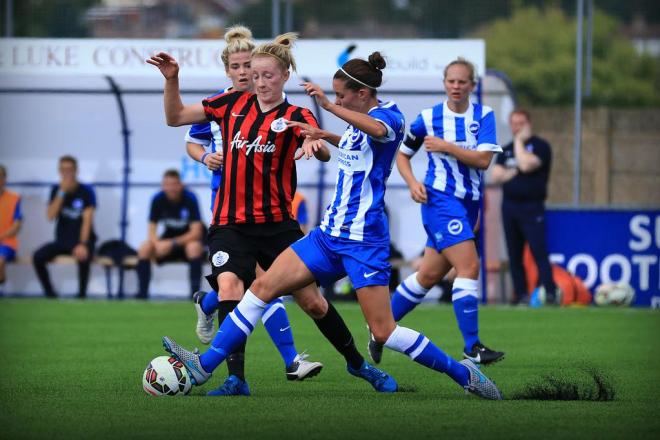 I must have seen at least a dozen of those who took part in this summer’s Women’s World Cup in live club games.

Yet my selections for my Best Ever Team represent a footballing universe far broader than the game’s top global competition – or even just the Women’s Super League. END_OF_DOCUMENT_TOKEN_TO_BE_REPLACED 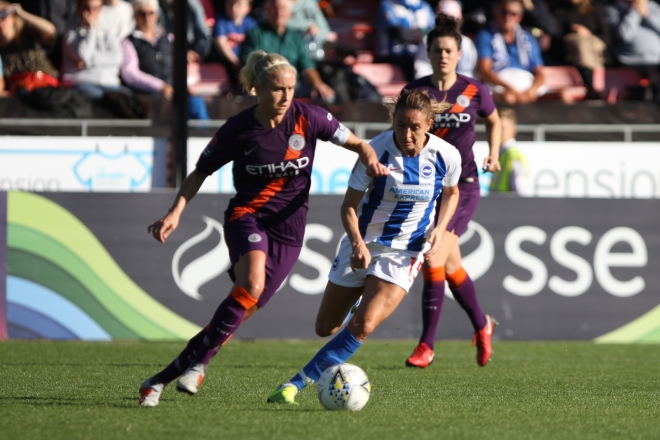 City’s biggest win of the season lifted them to second, behind Arsenal, in the FAWSL (Photo: Geoff Penn/BHA)

Super-slick Manchester City put on a commanding display to keep in touch with runaway leaders Arsenal at the top of the FA Women’s Super League and once again demonstrate to newly elevated Brighton how far they still have to go.

Teenage starlet Georgia Stanway gave Hope Powell’s strikers a lesson in how to finish, clinically dispatching three of her handful of chances while Brighton were left ruing their missed opportunities at the other end which might at least have earned them a more respectable scoreline. END_OF_DOCUMENT_TOKEN_TO_BE_REPLACED 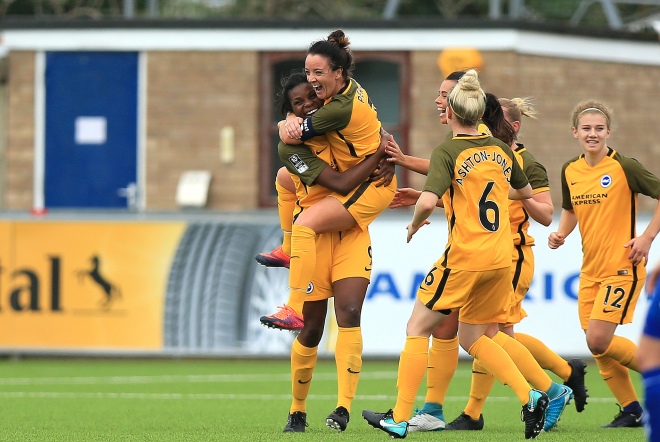 Brighton showed two sides to their character, shrugging off the twin setbacks of surrendering a two-goal lead and having their goalkeeper sent off to clinch a valuable and significant victory over Durham and give new boss Hope Powell a winning start. END_OF_DOCUMENT_TOKEN_TO_BE_REPLACED

Long Lane Reserves are a win away from a perfect season (Photo: Julie Hoare)

This website is fortunate to be supported by like-minded people keen to help the development of women’s and girls’ football – and that includes photographers, professional and amateur, who are kind enough to allow me to use some of their work to illuminate my reports, features and analyses with their pictures.

Here to help tell the latest news of clubs in the area, is a selection of some of the photos. END_OF_DOCUMENT_TOKEN_TO_BE_REPLACED

Portsmouth 4-1 Southampton Saints – the story behind the glory

Few people, even among the most diehard Southampton supporters, would have expected anything other than a Portsmouth win.

Defeat for the Premier League Southern title-chasers against opposition from the tier below was unthinkable.

But after Sunday’s painful 6-3 defeat to title rivals Charlton Athletic, last night was not so much whether they won – or even by what score – but how they won it; how they responded to the hammer blow of twice surrendering leads to emerge pointless from their visit to south-east London on Sunday. END_OF_DOCUMENT_TOKEN_TO_BE_REPLACED 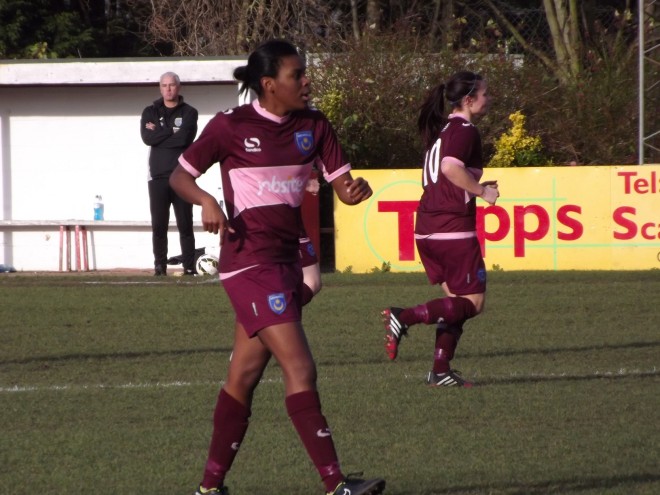 Ini Umotong has nine games left with Pompey to help her case for a place at the summer World Cup (Photo: Matt Underwood)

Ini Umotong’s World Cup prospects rest largely on what she has already achieved in her brief spell with the Nigeria national squad after being forced to miss her country’s next three crucial qualifying matches because of commitments in England. END_OF_DOCUMENT_TOKEN_TO_BE_REPLACED