With the weather threatening to devastate the women’s football programme yet again, Sent Her Forward takes just a brief look at some of the potential highlights if games survive 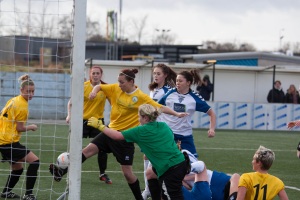 The FAW Cup reaches a key phase this weekend as teams from the second tier of the Super League join the fray.

And it’s the ideal opportunity for Premier League sides with Super League ambitions to test themselves against teams already at the next level. END_OF_DOCUMENT_TOKEN_TO_BE_REPLACED

Swindon Town have been hit by a triple whammy after fielding an ineligible player in three competitions.

The runaway leaders of the FAWPL Division One South West have been docked three points, dealing a blow to their hopes of promotion to the Premier League Southern. And after losing their place in the FAW Cup earlier this month, they have also now been ejected from the FAWPL Plate. END_OF_DOCUMENT_TOKEN_TO_BE_REPLACED

Cardiff will not be considered for promotion, even if they win the league and play-off (Photo: Jorda Hampton)

Premier League title contenders Cardiff City will be denied a place in the FAW Super League, even if they win the division and subsequent Super League play-off.

Rules requiring FAWSL members to be affiliated to English football associations mean the side, who are currently second in the FAWPL Southern division, cannot join, even if they meet all other eligibility criteria. END_OF_DOCUMENT_TOKEN_TO_BE_REPLACED

FAW Cup weekend: Sent Her Forward turns the spotlight on one of the South East’s unlikely cup successes

Eastbourne Town defied the odds to beat QPR in the last round, with a goal from Jacey Samson (Photo: Kevin Richards)

The Eastbourne Town fairy story writes another chapter on Sunday – snow (white) permitting – when the team from the third tier of the women’s winter pyramid host Premier League Derby County in the third round of the FAW Cup.

Emma Parslow’s side have already gone further than the club have ever gone before and have knocked out three higher-ranked teams on the way, including Premier League Queens Park Rangers in the last round.

And now they stand on the verge of the last 32 – where the superstars of the FAW Super League 1 join the competition. END_OF_DOCUMENT_TOKEN_TO_BE_REPLACED

Herne Bay’s bid to retain the South East Counties League Cup that they won as underdogs last season has been given a boost with a semi-final draw against the lowest-ranked team left in the competition.

Anthony Deer’s side, who, as a Division One East outfit, shocked the then Premier Division champions-elect Bexhill United in last season’s final, have been kept apart from their rivals for this season’s Premier title, Dartford Royals, and instead have a journey to West Sussex – to play Wivelsfield Green. END_OF_DOCUMENT_TOKEN_TO_BE_REPLACED

The fight for the Premier League crown – and that Super League opportunity – continues to thrill, as the leading contenders rack up victory after victory.

On a weekend in which all four of the top five teams who were in action won again, the divide between the two halves of the Southern Division became even greater. END_OF_DOCUMENT_TOKEN_TO_BE_REPLACED 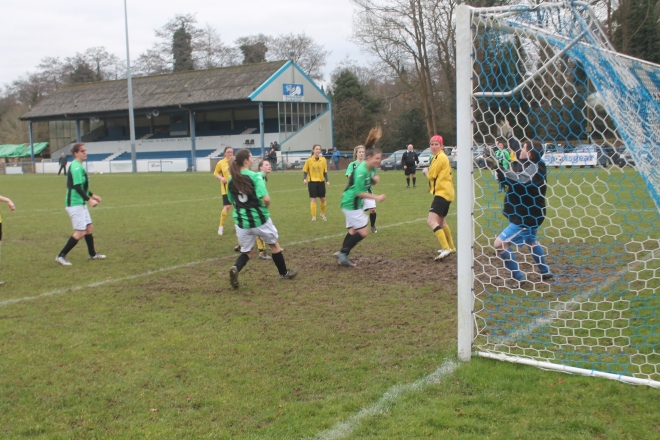 On a weekend of cup shocks in the men’s game, it should not have come as too much of a surprise that the underdog should triumph in the local derby with “history” at the Hanbury Stadium.

Wivelsfield Green, of the South East Counties Division One West, deservedly beat Burgess Hill, from the Premier Division to make the semi-finals of the League Cup – not that Wivi have had the most arduous journey to the last four, having been given a bye in the first round and a walkover in their second.

But today they had to earn their reward – and they did, with a performance full of fight and commitment, and by creating enough chances to ensure that they could afford a few wayward efforts. END_OF_DOCUMENT_TOKEN_TO_BE_REPLACED