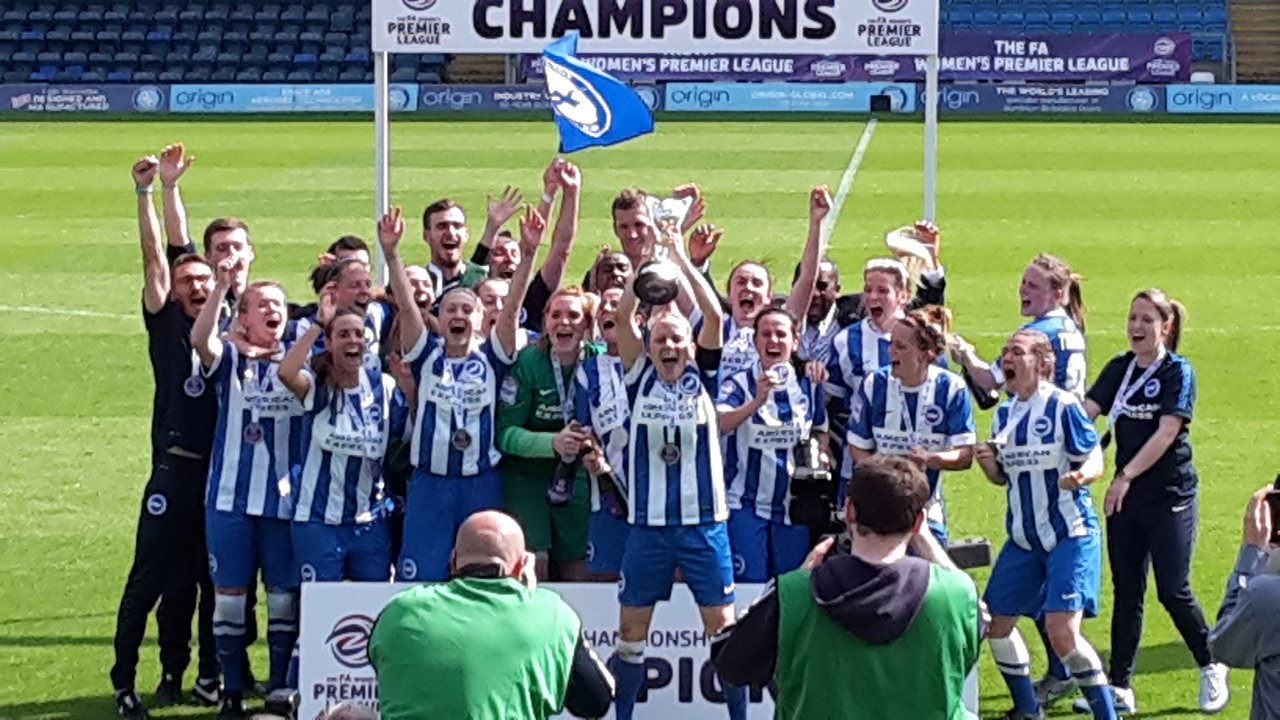 They did it. Against all the odds, after the club’s spectacular implosion, and without so many of the personnel who had taken them to the brink of greatness, Brighton’s hardy bunch combined talent with tenacity to win the do-or-die play-off against Sporting Club Albion and all-but secure a place in the Super League. END_OF_DOCUMENT_TOKEN_TO_BE_REPLACED

Brighton and Sporting Club Albion each won their leagues with points to spare (Photos: Geoff Penn/BHA)

For a second time, the cream of England’s Women’s Premier League footballers will do battle for a chance to join the game’s élite in the Super League. END_OF_DOCUMENT_TOKEN_TO_BE_REPLACED

It’s award time again. While the cups and league trophies are being decided, and Sent Her Forward compiles its ever-lengthening shortlist for its own end-of-season honours, clubs around the country are beginning to dish out their own gongs to players, coaches and support staff after another eventful season in women’s and girls’ football. END_OF_DOCUMENT_TOKEN_TO_BE_REPLACED

Brighton’s Super League hopes have been plunged into chaos after three key players left in the fallout following the sackings of head coach James Marrs, his assistant Lee Hayes and now the head of the club’s entire women and girls section, Tracy Doe. END_OF_DOCUMENT_TOKEN_TO_BE_REPLACED